2013 - Texas Jiu-Jistu martial artist, Thomas Goligowski, has had the fight of his life since his charge with marijuana 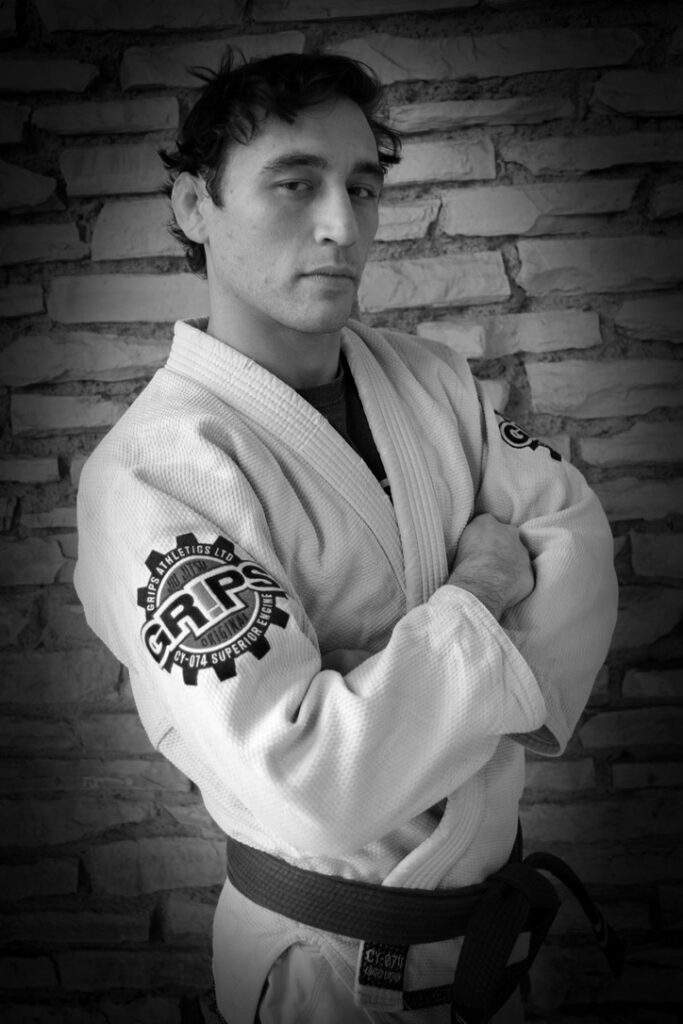 Thomas Goligowski, age 29, from Plano, Texas, is an athlete. At 18, he was on track to go to the Junior Olympics for wrestling when he discovered he had a heart condition. But despite this, he has been able to stay active and is now a 3 stripe brown belt in Jiu-Jitsu martial arts, a coach, and recently won his professional debut match in his league, Fight 2 Win.

But at the young age of 22, Thomas and his wife, newlyweds for less than a year, drove to visit family in Texas from Colorado, where they both lived and worked at a legal cannabis dispensary. It was there that Thomas witnessed the power of cannabis.

“My wife and I were really feeling like we had a comfortable life and seeing examples to believe in cannabis medicine,” Thomas said. “There was an old man who came in our store and literally cried because the cannabis salve we had sold him relieved his hand pain he’s had for decades. It was so beautiful.”

But on that drive in 2013, they were pulled over by a police officer in Moore County, Texas. The officer told them they were going five miles over the speed limit and that their car smelt of marijuana.

Thomas had been pulled over previously for smoking a joint, but the officer then had let him throw it away. When this officer asked if he had a pipe, Thomas, who has Hispanic heritage, was honest, assuming the officer would break it and let him go. Instead, the officer searched the car and found a pint of cannabis-infused cooking oil in a Mazola bottle. The bottle only had $30 worth of cannabis in it, but the officer counted the bottle’s whole weight for the charge – over 400 grams.

Thomas, who had no prior convictions, now had a 1st degree felony for possession with intent to distribute. In Texas, this can mean 5-99 years in prison. Thankfully, the judge only gave Thomas 5 years.

It was 2015 when Thomas went to do his time and reduced it to 18 months by going through the state rehab clinic.  However, he still spent time in solitary confinement – an exceptionally challenging task for Thomas mentally – and the whole ordeal put a strain on his new marriage.

Thomas has also been unable to obtain gainful employment because of his record. He aces interviews and makes wonderful impressions on employers but is told the decision is out of their hands because of the background check; this includes minimum wage jobs.

Despite expanding access and acceptance to cannabis, many of the old stigmas and perceptions remain – that cannabis makes people lazy and irresponsible, in tandem with the perception that felons are bad people. But this simply isn’t true, and the connection between cannabis and Jiu-Jitsu defies it. Jiu-Jitsu athletes use cannabis to achieve mental clarity, focus, and creativity. “It’s part of the warrior lifestyle,” Thomas explained. Furthermore, those trained in martial arts are some of the most nonviolent and poised people out there, with a deep understanding of strength and respect.

“I have a great supportive family who have helped me through this,” Thomas said. He is off parole now and hopes to move back to Colorado and find employment in the cannabis industry again, where he can help people find the mental and physical relief that cannabis offers. New legislation in Colorado that has reduced the wait time for those with a PWID conviction may give him more hope with this.