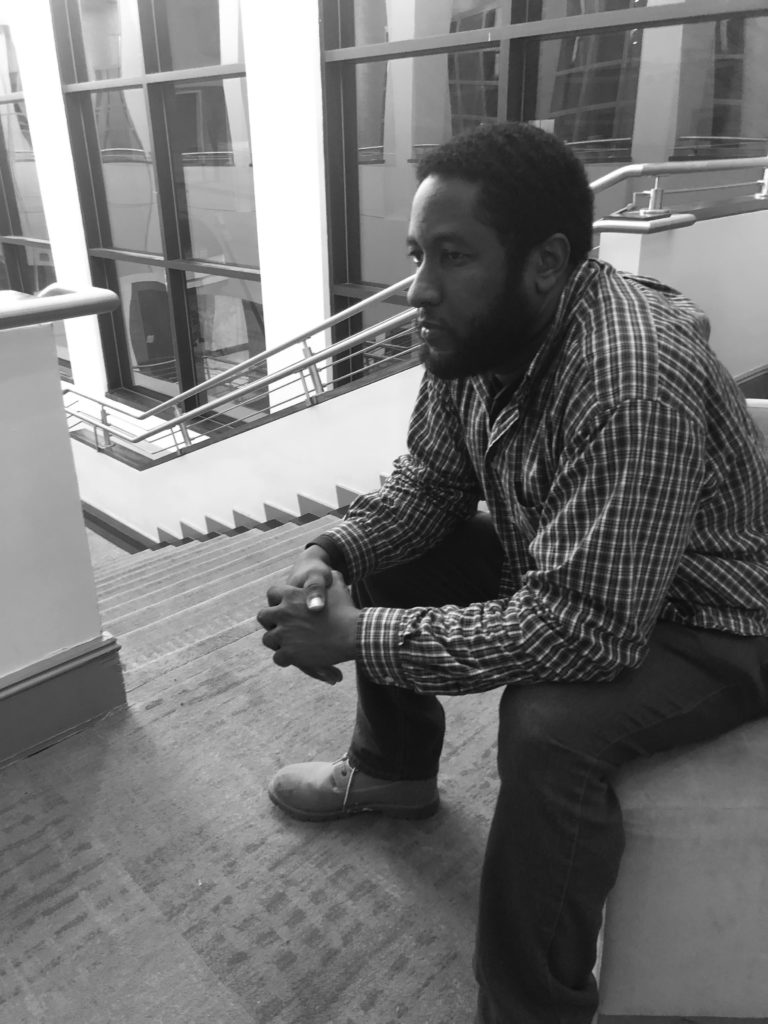 Tyrone and his family have been denied both public and private housing due to his charge for intent to cultivate marijuana. He is a 100% disabled Navy veteran and chooses medical cannabis to treat his PTSD. Like many veterans he says it works better than the cocktail of pills often prescribed by Veterans Affairs doctors.

In an effort to have the most organic and clean medical cannabis he could find, he chose to grow it himself. But in the state of Virginia, growing any marijuana is treated automatically as an attempt of manufacturing and distribution and brings tougher penalties. However, he was only growing it for personal use so he could be the best husband and father he knew how and the opioids he was prescribed did the opposite. He was always fighting the side effects and could not do much more than take care of his own health. Tyrone and his wife have 11 children and providing the most holistic and healthy home environment for them is top priority for him.

The home the family is currently living in is not suitable for young children since the discovery of problems including mold that have been found.

“My wife and children have been affected. There has been insurmountable stress involved that is hard to articulate with words. It’s just been stressful not knowing if I will be able to provide a roof over my family’s head when it’s time to move forward,” said Tyrone.

Under federal law, it is illegal for a landlord to discriminate against a tenant who has a felony conviction for drug use, but a landlord can discriminate against someone with a felony record for drug sale or manufacture. It is very unfair, in many cases, to deny housing to someone based on a very old conviction, but there is no law against it, so often landlords will take advantage of this.

A criminal history can affect your eligibility for both public housing and, if a landlord conducts a background check, private housing. An arrest – even before anyone is found guilty – can often trigger eviction of you or your entire household from public or private housing.

Tyrone continues to struggle finding suitable housing for his family. We have assisted him with some direction where he may find help for his situation and hope that Virginia’s rapid pace towards marijuana law reform rolling out medical cannabis and passing decriminalization in 2019 will ease up restrictions for him.

Many children are the victims of failed marijuana policy as in Tyrone’s case. The human cost of marijuana prohibition goes well beyond the person arrested and more than just one life is marginalized in the process.

Drug-related charges can affect your eligibility for both public housing and, if a landlord conducts a background check, private housing. An arrest – even before anyone is found guilty – can often trigger eviction of you or your entire household from public or private housing.

The rules governing who may be denied are very broad. Public and private housing authorities try to exclude people believed to “risk the health and safety of other tenants.”

Some housing authorities will overlook past drug-related criminal activity if evidence can be provided having successfully completing a supervised drug rehabilitation program. However, people with a marijuana conviction also are denied employment, so paying for these rehabilitation programs is difficult if not impossible.

Denial of housing affects more than the individual. Often children and families of the individual are by default denied the housing.